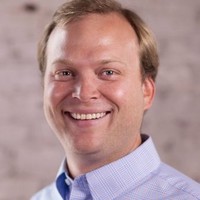 YOUR TEACHER, COACH, AND FACILITATOR

Allen became an EOS Implementer® and Co-Founder of 7Q7P after 15 years of experience in sales, marketing, business development, strategic partnerships, and channel distribution. After stops in the corporate world at USA Today and The Advisory Board, Allen decided to chart a path back to the entrepreneurial roots of his childhood mistletoe business and college DJ company. He would hold several executive leadership positions over a seven-year period for a SaaS software company, Magnus Health, in Raleigh, NC. Allen discovered EOS® here and would sit in the Integrator seat after convincing the leadership team to implement the system.  During Allen’s tenure, the company grew an average of 70% year-over-year with a 95% client retention rate, ultimately resulting in a 2019 acquisition. He would go on to serve on the leadership teams of four different companies running EOS® (two of which were acquired) before deciding to coach other companies as an EOS Implementer®.

Allen lives in Raleigh, NC with his wife and two daughters. At home, his highest mark is received for taking out the trash. He is a Tar Heel, youth sports coach, beach enthusiast, amateur gardener, and frustrated golfer. He is allergic to bees and Neosporin, both lessons learned the hard way. You can usually catch Allen cracking Dad jokes or talking about how he has never had a cup of coffee.